How Aging Affects Brain Function and How to Prevent It? 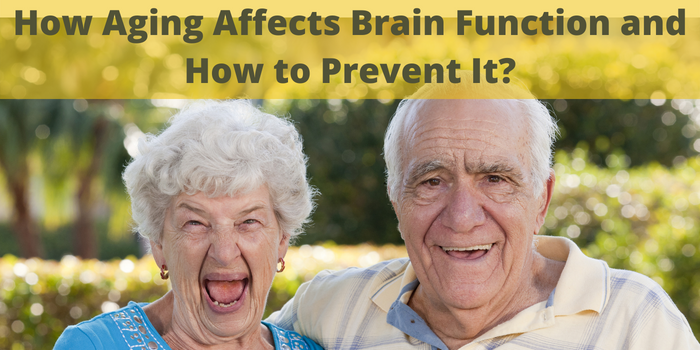 It's no secret that as we age, our bodies alter. We get aches and pains in joints that used to catapult us out of bed in the morning. But, in addition to our bodies changing as we age, our minds are continually evolving. However, it's not as straightforward as you would assume.

Some functions, such as memory processing speed, and spatial awareness, decline with age, while others, such as language skills and abstract reasoning, improve.

But why does this happen? And, from a public health standpoint, what does the brain changes tell us about our aging self and the aging population? 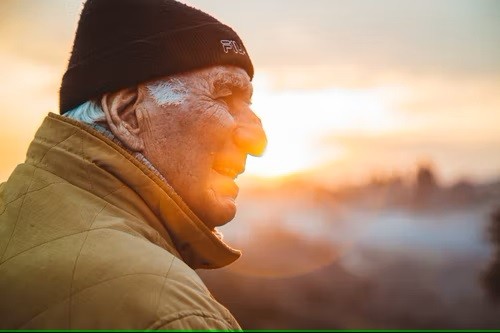 The brain generates over a million new neural connections every second during childhood. By the age of six, the brain has grown to approximately 90% of its adult volume.

Significantly, there is a massive relationship between age and brain function. The brain's normal cognitive aging begins to shrink in our 30s and 40s, and the rate of shrinking increases much more by the 60s. The appearance of the brain tissue starts to change, just as wrinkles and grey hair do later in life. The physical changing of our brains indicates that our cognitive functions will change.

The following changes are common as we age:

The frontal lobes are found right behind the brow. They are sizeable human brain lobes that are emotional control centres for our personalities.

The hippocampus is an intricate brain structure located deep within the temporal lobe. It is essential for learning and memory. According to research, the hippocampus is vulnerable to various neurological and mental problems.

Cortical density refers to thinning of the brain's outer corrugated surface due to decreased synaptic connections. The wrinkled outer layers of the brain regions that contains neuronal cell bodies, the cerebral cortex, likewise thin with age.

Cortical thinning follows a similar pattern to volume loss and is most noticeable in the prefrontal cortex, frontal lobes, and areas of the temporal lobe. Significantly, lower densities result in fewer connections, contributing to slower cognitive processing.

As a result of these changes, older adults may experience memory issues such as trouble recalling names or words, diminished focus, or a reduced ability to multitask.

Neurons begin to die with an aging brain, and the cells also create a substance known as amyloid-beta. Amyloid beta, cardiovascular disease, and Alzheimer's disease are frequently linked. It may also exist in an older person's brain.

The presence of amyloid-beta plaques (prions) in the brain may indicate Alzheimer's disease. When plaque is present, but no prions are present, it may be a marker of normal aging. Overall, it becomes increasingly difficult for older people to care for themselves as their brains age. 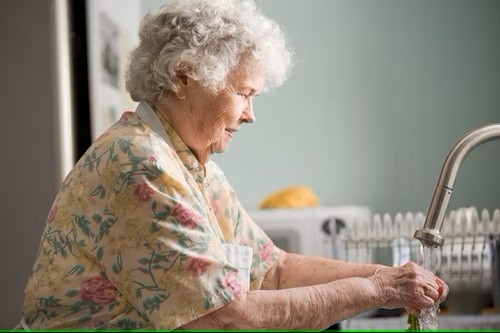 Researchers have discovered several factors that influence how aging impacts brain function. For example, obesity in middle age may speed the brain's aging process by ten years, and food and sugary drinks are associated with worsening the normal aging process.

An increasing amount of studies reveals that those who have the least cognitive and memory deficits all have the same healthy lifestyle:

A recent study reveals a myriad of methods by which people can actively take control of their aging brain health and possibly slow the rate at which their mental function. The following sections will go through some of these pointers in further depth.

Age-related cognitive decline has regularly been proven to reduce physical exercise. Moderate-intensity aerobic and resistance training for at least 45 minutes per session on as many days of the week as possible can dramatically improve blood pressure, brain connections power, and neural connections in adults aged 50 and over.

Similarly, researchers at the University of Miami in Florida discovered that people over 50 who did little to no exercise suffered a deterioration in memory and cognitive skills equivalent to 10 years of age in 5 years, compared to those who did moderate or high-intensity exercise.

Physical activity essentially reduced brain aging by ten years. Dancing may potentially have an anti-aging effect on older folks' brains. A German Center for Neurodegenerative Diseases study in Magdeburg discovered that, while regular exercise can erase the indications of brain aging, persons who danced had the most profound benefit.

Diet is an essential aspect of brain health. Researchers discovered a relationship between omega-3 and omega-6 fatty acids in the blood and healthy brain aging in 2018.

Another study discovered that eating items from the Mediterranean or MIND diet is connected with a lower incidence of memory problems in older adults.

The University of Illinois at Urbana-Champaign observed that middle-aged adults with more significant amounts of lutein — a vitamin found in green leafy vegetables like kale, spinach, eggs, and avocados — showed brain responses akin to younger people than those of the same age.

Importantly, older adults can include Csitanche tubulosa in their diet. Cistanche may be a natural way to boost levels of youthful growth hormone. Due to their anti-inflammatory effects, Echinacoside and other bioactive components of Cistanche can pass through the blood-brain barrier to protect brain cells. It also has an antioxidant effect, which aids in promoting new cell growth and preventing aging.

Researchers discovered that learning to play a musical instrument modifies brain waves and increases a person's listening and hearing abilities. The change in brain activity suggests that the brain rewires itself to compensate for diseases or injuries that may impair a person's capacity to accomplish tasks.

Social connection helps to prevent sadness and stress, which can both lead to memory loss. Look for ways to connect with loved ones, friends, and others, mainly if you live alone. Studies show that solitary confinement causes brain atrophy. Thus, maintaining a social life may have the opposite effect and improve the health of your brain.

Your brain is analogous to a muscle in that you must use or lose it. You may engage in numerous activities to keep your brain in shape, such as crossword puzzles or Sudoku, reading, playing cards, or assembling a jigsaw puzzle. Consider it cognitive tests-training. To boost effectiveness, incorporate a variety of activities. 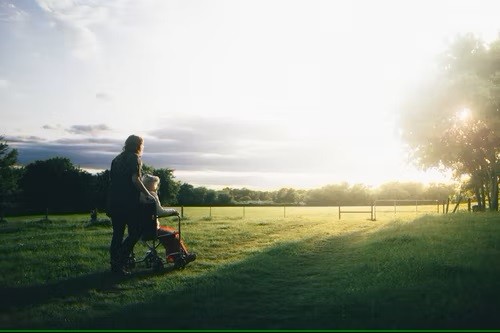 More frequent confusion or memory loss are signs of subjective cognitive decline (SCD). It is a type of cognitive impairment and one of the first indications of Alzheimer's disease and other dementias. SCD can impact how you live with and manage chronic illness and conduct regular tasks like cooking and cleaning. Because SCD is self-reported, it does not imply a professional diagnosis of cognitive decline.

Cognition is a set of brain activities that include the ability to learn, remember, and make decisions. When one's cognition is damaged, it can significantly influence one's general health and well-being.

As humans age affects cognition, forgetting how to execute ordinary chores, for example, is not a regular aspect of aging and might impair a person's capacity to live and function independently. Some people with psychiatric disorders may be unable to care for themselves or conduct everyday chores such as meal preparation, scheduling medical appointments, or managing personal finances.

Significantly, you may improve many older adults’ health and well-being by teaching people about modifiable risk factors, supporting early assessment and action, and recognizing the impact on seniors and their families. 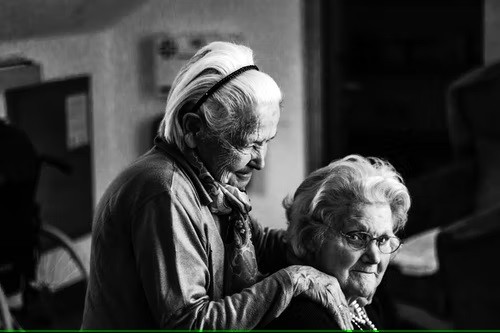 Perception, attention, memory, decision-making, and language understanding are all examples of cognitive abilities. Cognitive functions are essential in both everyday and social conduct. For example, when going shopping, we make our brain responds to memorize knowledge on what to buy, how to make a correct purchasing decision, how to converse with shop assistants, etc. Also, when communicating with a friend, we identify the friend by looking at faces or hearing a voice, and then we share information with the friend.

Our cognitive changes during our lives. From childhood until young adulthood, cognitive abilities improve. Significantly, some cognitive processes, such as executive functions and working memory, peak around the late twenties or early thirties. Semantic knowledge (semantic memory) grows until 60 or 70, though.

Memory, attention, executive functioning, and fluid intelligence may all deteriorate with an aging brain. Previous research has shown that more excellent cognitive functioning in children and younger adults is associated with higher academic accomplishment.

Consult a doctor for clinical trials if you are worried about your normal brain aging. They can assist you in determining whether the changes in your memory and thinking are normal or if something else is happening.

Significantly, you can do things to preserve your physical health, which may also enhance your cognitive health.